The world’s longest gata –  an Armenian traditional pastry made of flour, butter and sugar – was baked, exhibited, and tasted today in Yerevan.  The unique pastry, which measured 4000cm long, 40cm wide and weighting in at 240kg adorned with dried fruit was prepared by a team of 30 pastry chefs.

The tasting event of the gata which was initiated by “Pandok Yerevan” restaurant chain, celebrating the fourth anniversary of one of its branches was attended by numerous locals and tourists.

Gata is considered one of the most important decoration of the Easter, and its many variations typical to specific towns or regions have their own version. It can be found in a variety of shapes, sizes and may be decorated or left unadorned.

One popular variety is gata with koritz (khoriz), a filling that consists of flour, butter and sugar. Gata can have other fillings such as nuts, most commonly walnuts. Some variations include placing a coin inside the dough before the gata is baked, and it is said that whoever receives the piece with the coin is to be blessed with good fortune. 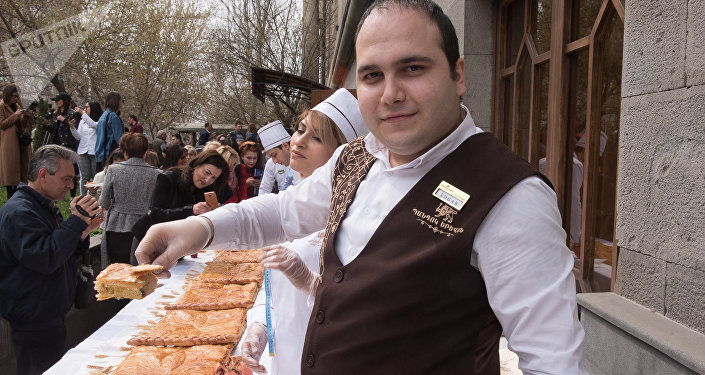 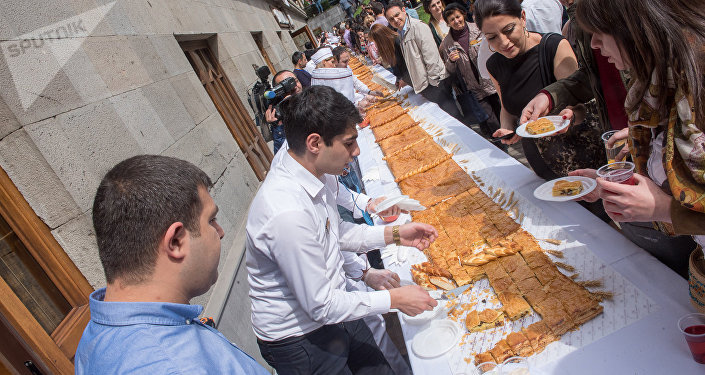 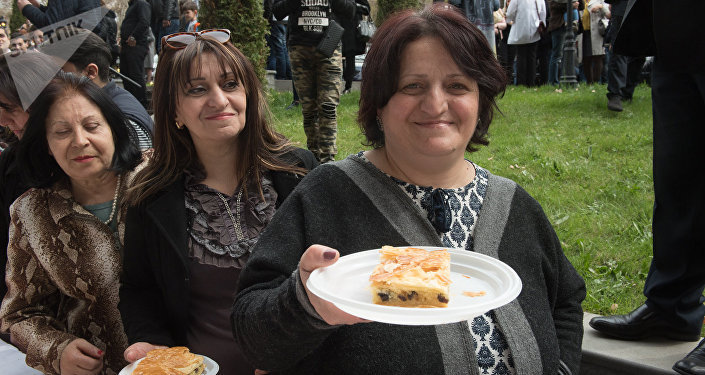 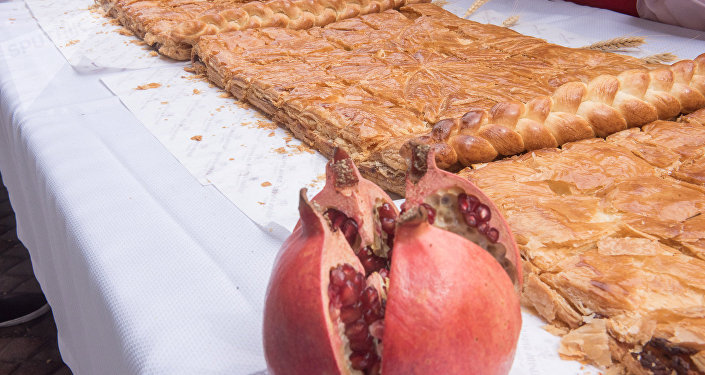 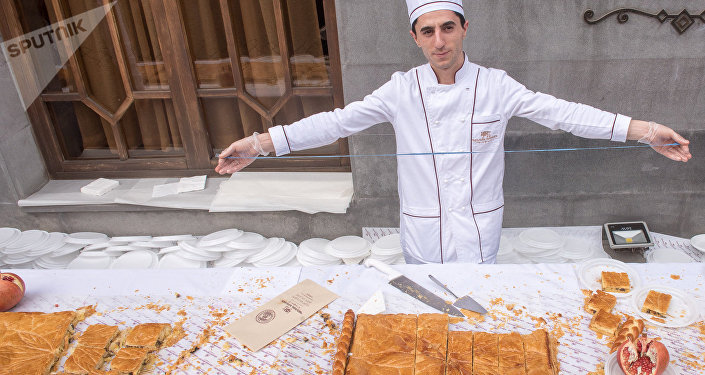 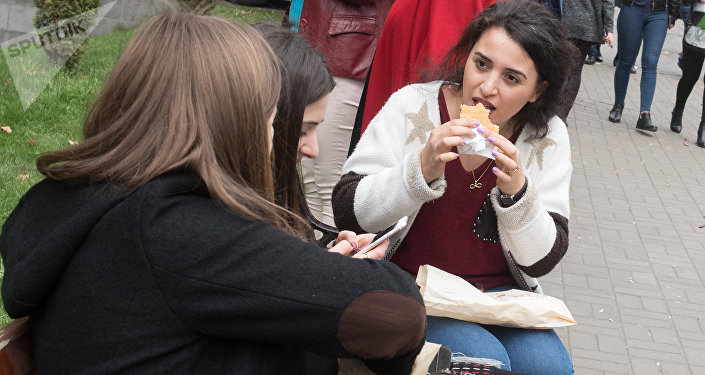